This article is the first in a series. I’m leading up to something and it takes quite a long time to get there, but it’s generally about my idea that people are far less self-interested than it appears.

NB:
In the following I have used the term “traditional culture” to refer to the ancient and complex social systems which have, all around the world, grown up and remained stable for at least tens of thousands of years. Celts are a recent European example, but in many places where people still farm or gather by traditional means these advanced social structures remain unchanged today. They are characterised by long term relationships with other people in the community and with the land and environment. 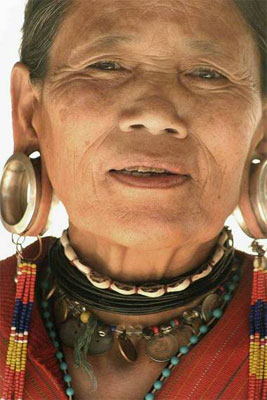 The capitalist system and the idea of the market are universally understood and accepted. A large proportion of all human interactions are mediated in these terms, and so it’s easy to forget that they’re recent. Or at least that they’ve only recently assumed their present form.

In medieval times most economic activity was a matter of tradition and obligation. A serf worked the land for his lord and was due a proportion of his crops. He owed work and possibly military service in return. Trade and money existed but the basis of the economy was land and labour, both regulated more by ritual than the market. In the ancient traditional cultures this situation is far more apparent.

Economic activity within a traditional culture is subservient to social activity. That’s not to say it’s less important: a clan can no more survive without food and shelter than it can without social cohesion, but the processes of obtaining and exchanging the stuff of life are made to serve the creation and reinforcement of interpersonal and inter-group bonds. It’s been said that purely utilitarian relationships are forbidden. Every gift, feast, working and hunting party, all childcare, teaching, and medicine are mediated not by money but by social obligation, shared ritual observance, and custom. Where a feudal lord may accept coin from a vassal in lieu of military service, traditional society records in the memory of the shaman and the old women details of which family raised which step-child, who hunted bravely, and who donated the sacrificial pig. All debts are blood debts.

Donald Thomson, an anthropologist, photographer, and journalist, and lifelong advocate for Aboriginal rights, visited Arnhem land in the 1930s with his friend and guide Raiwalla. He earned the respect of the Yolngu for his efforts on their behalf and formed a close relationship with Wonggu, the head of the Djapu clan, whose sons he saved from murder charges in Darwin. Because of this he was allowed to know secret Djapu ceremonies and stories. But eventually Riawalla could no longer accompany him. He said to Thomson that his clan now owed such a debt to the Djapu as a result of what he and Thomson had been shown that seven generations of Riawalla’s children would be unable to repay it and the burden had become too great.

Likewise village chiefs in Papua New Guinea gain prestige not by how many pigs they own but by how many they slaughter for the feasts to which they invite their neighbours – a system similar to the potlatch. It’s an economic system which works because people have long term continuing relationships with one another, and because family and clan is more important than the individual. Social ties are more important than the economic advantage of defaulting on a debt, and in fact the assumption, recognition, and repayment of the debt reinforces the social bonds. Elders remember the whole complex web of obligation, just as they remember the kinship and blood ties on which it is grounded.

Selfishness in the modern sense is almost incomprehensible in such a culture. Each person exists in terms of their clan and their status within that clan. Personal advantage at the expense of others is meaningless, since a person’s riches are measured in the regard in which they are held by others, and that is determined by what they have done to benefit the nation or clan, not themselves. If the truth is more complicated than this makes it sound it’s because such a group is not a single thing, it’s broken into clans, moieties, totems, age groups, and lineages.

What is wealth for?

Much of this actually remains untouched by the modern world. Grandparents are the primary non-parental child carers even in the west. Parents raise children without expectation of economic reward, and friends care for one another out of love. People do favours, give gifts, help one another, donate to charity, agitate for social change, and smile at babies not because they will be paid but because they enjoy doing so. That deep level of emotional reward for altruism is built into our biology, our humanity, and it hasn’t changed since we were hunter gatherers.

In a traditional economic system such behaviour was intrinsic to the functioning of the cultural system and it made sense within that context. The people who you spent time with every day were your relatives, and helping them was not only pleasurable but beneficial to your clan (and therefore yourself) and your status within your clan. It matched perfectly with the traditional kinship group-based concept of individualism.

The more strictly economic side of traditional life, the economy of favours and obligation, was one of status rather than wealth. A person’s ability to help others, the gifts they gave others, their benefit to the clan in wisdom, skills, or battle were the basis of that person’s status within the clan. Only the clan as a whole could have wealth, and the two primary measures of that wealth were its prowess in battle and the favours and obligations it had built up with other groups through largess.

So wealth, traditionally, was a way of gaining prestige. What’s more it still is, despite the commonly held belief that people want to get richer because they get pleasure from the things money can buy. You can see this by examining the things on which people spend money and the comparison between absolute wealth and wealth relative to one’s neighbours. People buy things which demonstrate their wealth. The things which are considered valuable and are therefore useful for this demonstration are by and large things which are beautiful or pleasurable, and of course people enjoy these things in themselves – but much of people’s focus after food, shelter, and provision for the future is in securing their status relative to others. And for humans, the biggest source of future security is to be held in high regard within the society. In our society that is done by what we own rather than what we are owed.

Really it’s the old triangle of food, shelter and sex. But sex in a social animal is about power within that society, and power is about status. Now that most of our person to person interactions have become ephemeral rather than long term (more about that later), obligation systems are impossible and we must codify obligation directly in the form of money. It’s not quite as raw and crude a system as that makes it sound – for example education is a signifier of wealth and therefore status, and education is visible in accent, vocabulary, and employment. [NB This is why it's hard to get an articulate man elected President: in the eyes of lower status America clever language says "my parents and grandparents were wealthy and sent me to schools beyond your reach", whereas a ranch and a pickup signify the wealth and status to which middle America aspires.]

Next: the birth of capitalism and more…

One Response to The myth of selfishness: Part 1 Ancient Economics