All the drowning children.

The world is full of ways in which thoughtful and compassionate people have been able to find ways to help those in need, transforming lives of poverty and desperation. 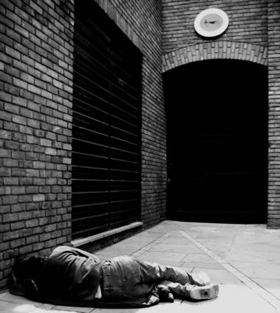 Nevertheless suffering and hardship are everywhere. Millions of internal refugees are gradually starving in Sudan. Throughout the developing world people suffer endemic hunger, disease, and environmental degradation. Even in the west, as Hurricane Katrina made momentarily plain, the poor may be without basic medicines, education, and access to the social legal and support services the rest of us take for granted.

Peter Singer, uses the metaphor of a person, on his way to a business engagement, who sees a small child fall into a shallow pond. Should that person step into the pond to save the child from drowning? His suit and shoes may be ruined, and the engagement may need to be postponed. Just the same, to fail to save the child would be grotesque. Singer asks why a distance of 15000km should make a difference?

It seems like a no-brainer. What if ten people are nearby? To improve the comparison twenty children should have fallen in the pool. Do you argue who has the greatest responsibility for the children, or who has the most pressing engagement? Unless the situation is well in hand and the children are no longer in danger, to be unwilling to help would be unbelievably cruel and inhumane.

Is it because the suffering multitudes are of some other race or nationality? Given that countries of the west have their own homeless it cannot be simple bigotry at work here. Is it that the poor are out of sight and mind? The media aren’t keen to dwell on these issues, but the diseased, starving, and desperate are regularly brought to our living rooms – it’s not a matter of ignorance.

Instead we have a raft of paltry excuses, which exist for the single purpose of allowing us to look in the mirror without revulsion. We cling to them desperately, but they are a tissue of lies.

This is the reason I began with positive examples. Handing out food (usually that means dumping unsaleable GMO grains on countries who are in such dire need they cannot refuse it) is pretty often a disaster. It may help in a famine, but poverty is better helped by reducing dependency, which is something which requires more imagination and more humility. Paternal, arrogant aid is like the Italian NGO which grew watermelons by the Zambezi. Huge, fertile, abundant; they looked fantastic on the publicity photos until the annual Hippopotamus migration trampled the entire venture. The locals, when finally asked an opinion, ventured the idea that it was lucky the hippos got there before the elephants, or people might have been killed.

Much development assistance in the third world is based around IMF and World Bank loans for large scale projects which are of more benefit to corrupt officials and foreign construction and resource companies than they are to the people of the country incurring the debt. This makes the country prisoner of discredited Washington Concensus policies, which further impoverish the majority of the population in an attempt to open up the country to the sort of foreign investment which amounts to neo-colonial rape and pillage.

The same argument can be made in the west, on a small scale. Does the unemployment benefit create a dependent underclass? Possibly, but what about free tertiary education and trades training schemes with entry based on merit? What about good quality drug and alcohol rehabilitation schemes? Keeping people near starving and in bad housing, while cutting social programs and the availability of education is how dependency is created. Grassroots community schemes create local education and employment, rehabilitation and services; they foster personal initiative and resourceful solutions to problems of poverty, crime, and welfare dependence.

Finally though, if there are children who fall in the pool over and over, we would still not want to let them drown, even if we had to station someone by the pool to pull them out. If a person is incapacitated, mentally ill, or for reasons we can’t identify or fix is unwilling or unable to escape dependence on welfare, then we have a responsibility to that person as to any other human being to do what we can.

Lie 2: Science will save us.

Between 1961 and 1985 the production of cereals in the developing world more than doubled, in what was called the Green Revolution. This was largely due to a switch from traditional farming techniques to methods based on fertiliser, pesticides, new crop varieties, and irrigation. The new varieties were dependent on those fertilisers and pesticides, and many were hybrids which could not be saved for seed stock but must be purchased each year.

The Green Revolution is the posterboy of the concept that science will fix poverty, but the situation is not quite as simple as the numbers suggest. The switch to monocultures of fertiliser dependent grains created a dependence on the cash economy which benefited the wealthy landowners at the expense of small farmers, many of whom were driven from their land by debt. It degraded soils and water supplies in ways which are now causing major difficulty. Social dislocation, dispossession of peasant farmers, and the consequent rapid growth of urban poor increased poverty even while food production rose. If the poor don’t have the money to buy the food, and no longer grow it themselves, then the extra production doesn’t help them. Food prices may decrease but not by enough. India exported huge amounts of wheat and rice in 1995 while 200 million of her people went hungry and more than ten thousand bankrupt farmers committed suicide.

As for the transgenic revolution – despite a massive PR campaign to the contrary it has failed to produce increased yields. Instead it has created herbicide tolerant weeds, and it has serious food safety issues. It’s only contribution to the developing world is greater dependence on the biotech industry, for farmers who have already been badly affected by a shift from local food security to cash crops.

In it’s extreme form (Reaganomics), this approach greatly reduces taxes on the rich, and in practice is accompanied by heavy deficit spending. George Bush Jr has continued in this model, and there’s no doubt that it stimulates the economy. The benefits remain with the rich and the corporations, however. GDP has increased significantly under Bush, but median income has risen only 1%, and although there have been big increases for those at the top, low paid workers are actually worse off. What’s worse, this is in a boom stimulated by unprecedented deficit spending. The rich are doing well, the DOW is doing well, but everyone else is standing still or going backwards and social programs have been cut. The rising tide is lifting the cruisers, but the dinghies are starting to sink.

That’s the picture in the English speaking west, where these policies have their currency, but it’s an approach which has been forced on the developing world by the WTO, IMF, and the World Bank, as well as a legion of experts, NGOs and western government aid programs. It works like this:

The result is massive inequality where the combined GDP of the poorest 48 nations is less than the wealth of the world’s three richest men, and half the world’s population live on less than $2 per day.

The transnationals and the western governments they lobby and control have been in boom for 60 years, and yet the most significant improvements in living conditions have occurred in China and India, where protectionism delayed access by those transnationals. Even these countries have an environmental calamity held tenuously at bay as they enter the new century.

So the rich get richer and the poor will always be with us?

I’m sick of hearing these excuses, and all the lesser ones too. We have had years of policies which benefit the rich and cut programs to the poor; policies of limited, big strings aid which create more debt than benefit in developing nationsÃ¢â‚¬Â¦ these are policies of meanness, of selfishness. They’re saying “I’m ok, so fuck you.”

Let’s extend this to global warming. The developing world didn’t create the problem, and we don’t want to let them join us in making as much carbon as we didÃ¢â‚¬Â¦ but we’re not willing to cut down. We have the money, we have the power, we made the emissions, fuck you.

Colonialism and crazy debt policies; encouraging corrupt regimes to borrow money for big projects which would largely benefit the foreign construction corporations and not anyone elseÃ¢â‚¬Â¦ fuck you we did it, you’ll pay us back, and we don’t care if we’ve made you poor and corrupted your institutions.

In the end this attitude isn’t even going to do those transnationals, wealthy individuals, and the venal and corrupt politicians of the west any good, because the social and environmental backlash is going to kill us all, but nevertheless they’re not giving up a cent they’ve made or can make, to fix itÃ¢â‚¬Â¦ fuck you all.

A defence against despair.

What can be done, when money hasn’t helped and our governments have funded whole institutions and fought wars to tell us that their efforts to solve this problem are in vain?

There are three steps to a solution, in my view:

It’s a feedback loop, so for every small step forward there is that much extra push to the next step. Less than one percent of what is spent each year on weapons would be sufficient to give every child some schooling, and yet a billion people are illiterate. Immunisation, clean water, a commitment to food security, help against corruption, improvements to infrastructure, rehabilitation, microlending, land redistribution, and many more ideas are not in the end a matter of money. They’re prevented by institutionalised neo-colonialism and the willingness of people with resources and good intentions to treat the problem with excuses or despair of it’s magnitude.

So screw your courage to its sticking point and donate to those organisations which are already doing something good, volunteer in your community, write to your politicians, boycott the worst practices of the multinationals, and don’t accept “fuck you” from anyone. We’re all in this together.

This entry was posted in theory, world. Bookmark the permalink.

One Response to Hope, poverty, and fuck you