Much of this has a European focus, and I apologise for that, especially because colonialism and its devastating effect on the world are consequently not given proper attention. The focus of the article is narrow and designed as a contrast to the situation described in Part 1 – Ancient Economics. By the way, I’m no expert on capitalism or economics and I’ve used the term with deliberate carelessness, to stand for a loose idea. 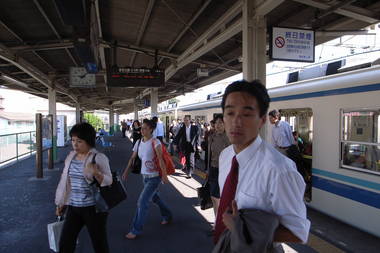 Traditional clan based society was built from a web of obligation which created generations-long relationships between individuals and between groups. The world gradually shifted, however, from owed to owned, and the change began as feudalism overtook the ancient system. Vercingetorix led the tribal Gauls against another man who owed his position not to what he had, but to what he had given away. The Roman system of patronage had bankrupted Julius CÃƒÂ¦sar because of the gifts he had to bestow to earn his role commanding Rome’s armies. Feudal lords, on the other hand, did not give land as payment to their supporters, but rather loaned it in return for military service and sometimes taxes. In other ways the Romans were modern: CÃƒÂ¦sar could forge an individual destiny and exist in a context at least partly removed from that of his clan.

The heart of the medieval system was not the castle but the village, and here barter and obligation were supreme until much later. The Black Death led to a labour shortage and many villeins fled the lands on which they were enslaved, to find paid employment. Then from the 17th C. landowners found it more profitable to hire workers only for harvest, and to enclose crop lands for sheep. This created a large itinerant population of seasonal day labourers. The result was a change in the social as well as the economic system. Villages and the parish “poor box” had previously cared for disabled or widowed within the community, and found work or housing for those in need. The new population of vagrants, however, were outside the web of social and kinship ties which formed the community, and were treated just as gypsies, discharged soldiers and absconded servants and peasants had always been: with great suspicion.

Everything has, in theory, a monetary value. This is the philosophy of the market: a thing is worth what people will pay for it, and without value it does not exist. All exchanges are immediate and ephemeral. Even a debt or an obligation is the present exchange of a contract enforceable by law for an amount of money which is depreciated by the probability and cost of enforcement of its terms.

This is especially true of labour. The social foundation of capitalism was the new class of urban poor, driven off the land and looking for work in the towns. They must work for coin, and use the coin to buy food and lodging. Feudal serfs lived under a harsh arrangement, but its terms were reciprocal and enduring. The lord provided land and owned in return the better part of the serf’s existence. The new system can be seen in action in every impoverished corner of the world today. A truck drives up and the overseer calls out the terms: twenty men to work for a stated payment, handed over at sunset.

Economic transactions in traditional societies, and even in feudal societies, are social transactions. Coin or goods may change hands but an important or even a primary function of the transaction is to create and reinforce lasting social bonds. In a capitalist society the transaction ends when the money changes hands. Saying this of course oversimplifies, but the guiding principle is caveat emptor. I can go into a shop I’ve never seen before, and buy something without knowing or caring who I buy from or if I will ever see them again. That’s a powerful but very dangerous innovation.

Warriors in ancient times had stood before the armies of their peoples and shouted challenges to their enemy. They announced the names and deeds of the great heroes of their lineage, and called out their own victories and the names of the enemies they had defeated. I’ve seen film of exactly this from the highlands of Papua New Guinea. Status is all about reputation, or at least it is when relationships are long term enough for reputation to be meaningful. In a culture of ephemeral relationships where ownership has replaced obligation, the means of asserting prestige have changed as well (I mentioned this in Part 1.)

Structures of obligation and patronage still exist. Not all relationships are economic. Reputation still matters. The balance has shifted, however, and money is now king.

I think people find this unsatisfactory. The workplace, family, and neighbourhood or friendship groups provide a social context which is too shallow and temporary to give the sense of true community which humans have evolved to need. When I buy my groceries I want to know the shop people’s names, and their children’s names. I want my interactions to have a meaning which goes far beyond the economic, and I think I’m not the only one who feels this way.

Part 3 talks of solutions and the futureÃ¢â‚¬Â¦