Humans sent a thing weighing just under a tonne all the way to Mars, where it landed in the most insanely clever way, entirely computer controlled, and then sent back pictures all the way from the other side of the sun, relayed by the Odyssey satellite so the signals could reach us, to where we could flash them up on a billboard in Times Square. The rover has a 7 month mission, is nuclear powered, and includes a laser gun which can zap rocks to get a spectrogram of the gases released, as well as nine other science instruments.

Today I saw a man with no legs run in the Olympics and a robot from Earth land on Mars. Holy freaking hell – science is awesome.

As for me, today I am proud to be a member of the species “Homo sapiens”. 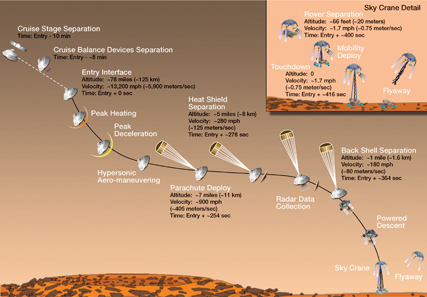 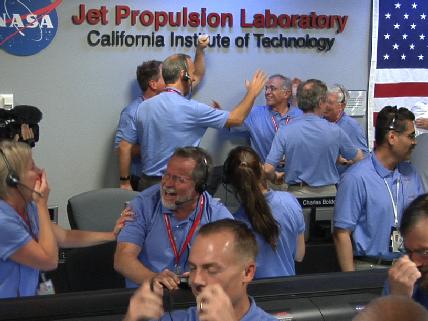 This entry was posted in science. Bookmark the permalink.