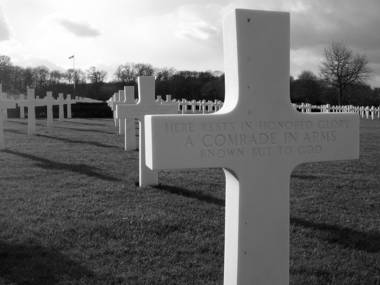 The people who think the surge, as it’s called, is a good idea are the same people who think that what they call cut and run is a really bad idea. Pulling troops out of Iraq, they say, will give aid and comfort to terrorists. Iraq would fall like a domino, and the insurgents would be emboldened to export their war on everything we stand for.

Trouble is, no one much thinks 20000 extra troops are going to fix things. After replacing top generals who disagreed with the idea, Bush still found his number two in Iraq speaking out against it.

The concept is that Sunni insurgents are cleared from Baghdad region by region. Imagine a wrestler who has his opponent pinned, but can’t get an arm free to deliver the knock out blow – the extra troops are the free arm, if you believe the dream. They allow a region to be held while the next is cleared. This process, say the inventors of the plan, will take at least 18 months.

But let’s imagine that magic doesn’t happen. Three years ago the situation was far better, there were fewer insurgents and they didn’t have as much equipment or external support. They weren’t defeated then, and the monster they’ve mutated into seems unlikely to be defeated by a few extra troops now. So in a year and a half it’s likely there will be 20000 more US troops bogged down in Iraq. Even worse if there has been a little progress. Pulling troops out would constitute exactly the sort of cut and run that Bush and his supporters rail against at the moment.

There are some good ideas in the plan, however. More focus on rebuilding and security, for example. Things which might even have worked three years ago, before Halliburton and the other good ol’ buddies with their snouts in the trough wasted the money and the time and the goodwill. Personally, I hope they keep the good ideas, but most of all I hope they use the next eighteen months coming up with something which stands a chance of working – even if what they come up with isn’t crafted for political expediency and face-saving.

This entry was posted in world. Bookmark the permalink.